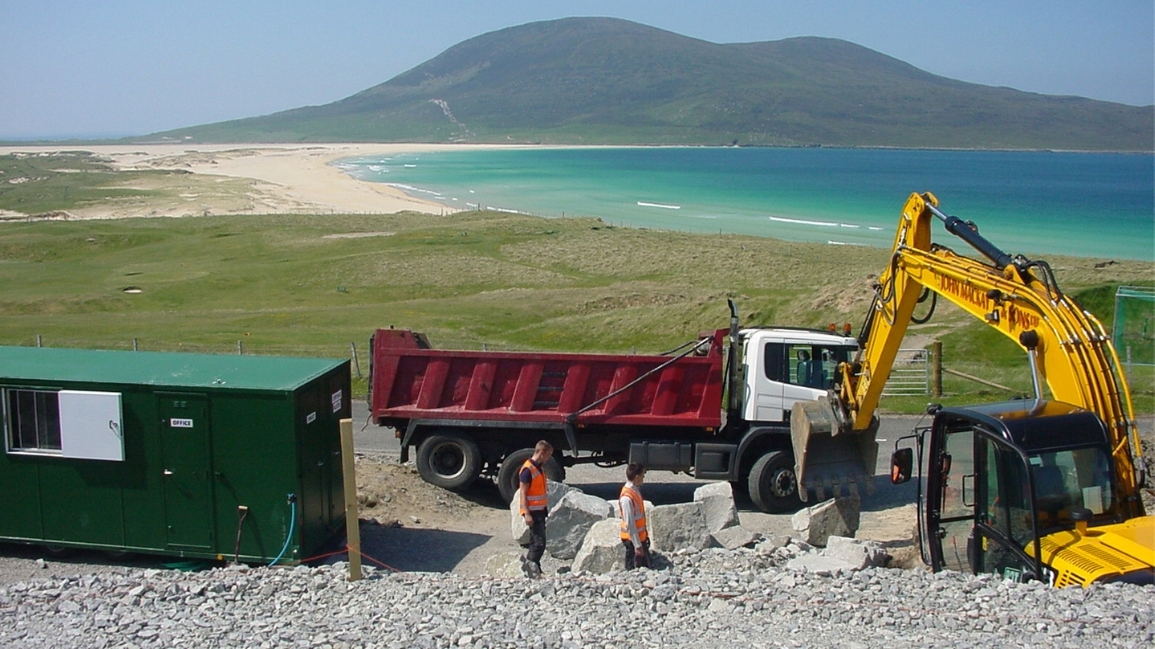 To us, Oran na Mara is a very special place – and we hope that you agree.

To create a house in this location, to take advantage of the views, and to blend into the landscape took years of painstaking planning, ideas, challenges and uncertainties.

We first came across Harris in 1977, when we travelled on honeymoon. Helen had wanted to visit the island as she had heard about if from her youth group, who had a hostel here, but she had never actually been. Paul was up for the adventure, and after a three day journey with nights in Derbyshire, the Lake District and Skye, we arrived in glorious May weather on a ferry with a turntable to get the cars facing in the right direction.

We had arranged to stay bed and breakfast at the cottage next to Scarista Post Office, at the croft house home of Mary and Angus MacDonald. In those days everything was arranged by post, having been directed to Mrs MacDonald by the local tourist board. We remember writing to ask if she wanted a deposit, to get a reply that she didn’t, and if we didn’t turn up we weren’t the sort of guests that she wanted anyway!

We had been asked if we wanted evening meals, and we declined – to Mrs MacDonald’s consternation, as she knew that there were no meals available elsewhere at that time. We think that she secretly piled up the rolls in the breakfast basket, and encouraged us to “take some for later” – which we were very grateful for!

Fresh eggs and creamy milk from the croft were a feature of the menu, with Angus driving around on his tractor which could only have been held together by rust! It was a world that has now changed forever.

The weather was sublime – it was like a Caribbean holiday but without fellow tourists, with long warm evenings meaning that we forgot how late it really was before coming back to the cottage.

We stayed at Mrs Macdonald’s for several years before our first children came along, when we needed more space. That’s when we met Donald John and Mary Ann MacSween, who live at Sandview just down from Oran na Mara. We stayed in the chalet year after year, as our family grew, and eventually I asked Donald John if he would consider selling me a piece of land to build our own house. As crofting land, it was actually owned by the Scottish Ministers at that time, but Donald John had the right to “de-croft” some of it with some complicated legal procedures.

So, in 2000, we became the owners of a little piece of heaven. It took us years to consider what to build, and of course to work out how to finance it – not easy with a growing family and little spare capital. We couldn’t see a way to sell up and move to Harris income-wise, yet we kept exploring ideas – but nothing really seemed to fit.

Then we saw Blue Reef, designed by creative architect Stuart Bagshaw. Could we create something like that, on a larger scale?

Of course buildings like that are dramatically more expensive than square wood frame buildings, and the risks are higher as you have to solve problems on site and not just erect a kit.

Paul by now had built a successful business called The Storytellers, helping large companies tell the story of their strategy to employees in an inspiring and engaging way. This was booming in Europe and North America, and after many years travelling to London, Helsinki, Paris, New York, California and many places in between Paul decided to sell the business in 2013 – which released the money needed to build our dream project.

We decided to engage an interior designer before we even cut the ground, which proved to be an excellent move. Jane Blanchard, who works from Argyll, had huge empathy for what we were trying to achieve, and adapted the house design for optimum positioning of the windows, sizing the rooms for the right furniture, and of course creating themes and details to celebrate Harris. Every little detail was thought through.

The challenges of the build were many, varied, and sometimes felt insurmountable. Anyone who has watched Grand Designs knows about those! But actually being in the middle of it was a rollercoaster of emotions – delight, shock, concern, exhilaration and more. Two years of this was quite draining, including of the bank account!

Our builders all come from the islands, and their experience and skills in their own trades is way beyond anything that we could have expected. They all took this project as something very different, to test those skills. Kenny, the lead builder, told us that everything after this would be boring!

The roof proved to be a biggest challenge of all. This curved roof, snaking, widening and narrowing again, is completely unique anywhere in the world. There was no prior art. The rafters were designed by computer and each one is different, having to go in the exact place. As a thatched roof, it also needed a frame to hold the turfs and reed on the outside.

The inside of the roof was always intended to be a dome in the main living areas, but actually achieving that was proving really, really difficult. At one time we were faced with the prospect of having flat ceilings, which was not what we wanted at all. The result that you see today is, in our view, a masterpiece of craftsmanship and perseverance – and not a little bravery on our part as the trial and error required was costing a fortune. 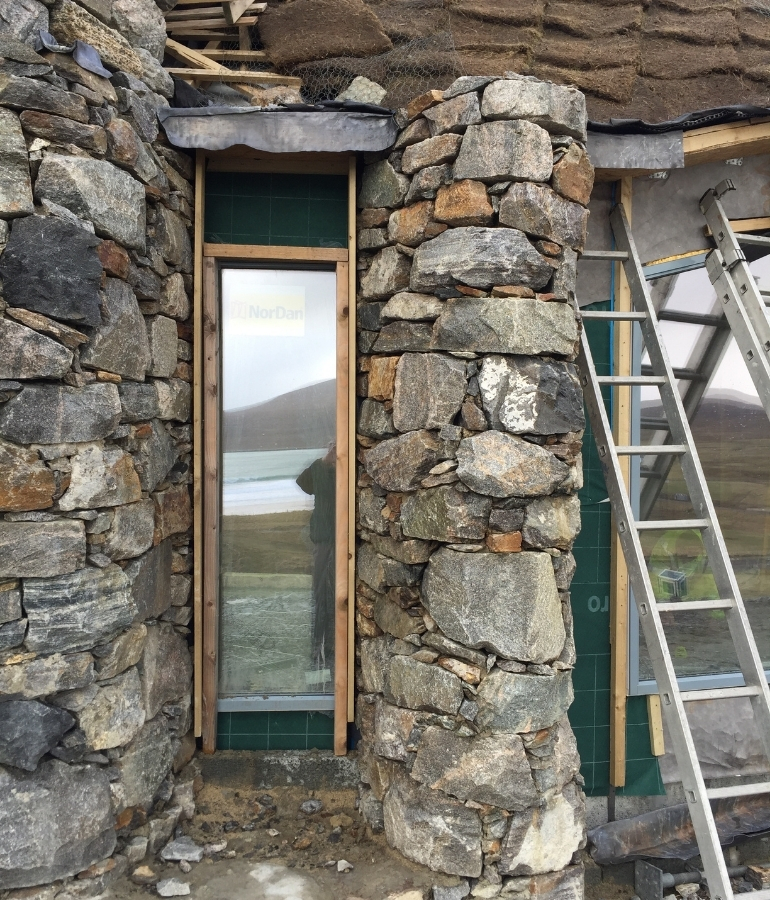 When the house was completed, there was a moment when we sat down at the dining table with our wonderful building team, and the sun broke through and illuminated the sea below in all its glory. We have actually done it. We had built the dream.